4 Ways to (Legally) Get Free E-Books 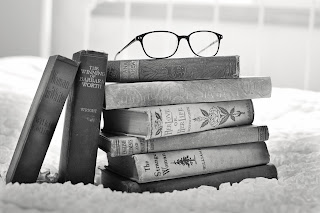 Your local library is probably the best source of free books full stop. With the rise of digital technology,  many libraries have started loaning out ebooks through systems like Overdrive. Check out your local library and see if they have a system to lend out ebooks.

There are a wide range of websites and databases that compile books that have gone out of copyright, and that you can read legally for free. Probably the most well-known example is Project Gutenberg, but there are plenty of others.

Not only are there Kindle editions of out of copyright works, but many authors offer their books for free for various reasons. Maybe it's a temporary promotion, maybe they make the first book in a series free to hook new readers, or maybe they are trying to get on a bestseller list. Searching the free ebooks section of Kindle and finding a gem can be tricky, but worth it.

If an author or website puts an ebook up for free for a limited time, it can be difficult to catch the deal. One solution to this is to search hashtags like #freeebooks on your favorite social media sites. Most social media sites are arranged in chronological order, so you will be kept up to date with the latest deals.


Any cool tips for legally getting free ebooks? Leave them in the comments. 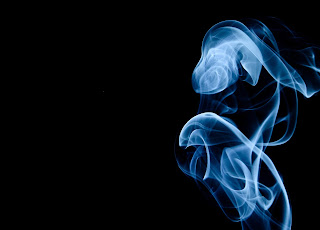 Looking for a quick, fun read? Here are five short fantasy and science-fiction stories that you can find online.

This is a steampunk short story with an interesting premise. It combines elements of science-fiction and fantasy.

"Variations on an Apple" by Yoon Ha Lee

This re-telling of the judgment of Paris and the Trojan war has a striking writing style.

A 19-year-old girl breaks into the Metropolitan Museum of Art and tries to steal pistols. A series of interviews and police reports reveal why she did this. Given that "found footage" has become such a significant part of supernatural and horror cinema, it is interesting to see how it might work in literature.

"Those Who Watch" by Ruthanna Emrys

This eerie, Lovecraftian tale has the uncanny feel of the original stories, but updating it to a modern setting. If you love libraries, archives or old manuscripts then this story will be of particular interest to you.

"The Lizard Dance" by Gio Clairval and Jeff Vandermeer

I really enjoyed Jeff Vandermeer's Annihilation, and this story has some similarities, particularly with the seeming supernatural representation of nature.

SaveSave
Email ThisBlogThis!Share to TwitterShare to FacebookShare to Pinterest

As some of you may have noticed, I have been absent from this blog for quite a while. This is partially because I had other priorities that I needed to focus on, and because I have been having some bad luck in terms of my reading. I have started reading and abandoned several books over the course of the last few weeks, because they were just too bad for me to bother finishing them.

If this were my job, I would probably have tried to finish them, and just written a bad review. However, I have so little time for reading right now that it just doesn't seem worth it.

Currently, I am midway through two different books, and have dealt with a lot of the issues that were taking up my time, so there will be many more musings coming your way.
Email ThisBlogThis!Share to TwitterShare to FacebookShare to Pinterest

There has been a lot of discussion about the recent trend of splitting the last film in a series into two parts, and the general conclusion is that it's an annoying money-making exercise that rarely results in better films.  However, I think it's time for the reading community to acknowledge that we have our own version of the two-part final film.

Sometimes you don't know that you want something until you find out that it exists.  Did I know that I wanted to participate in a challenge all about reading mystery, suspense, thrillers, dark fantasy, gothic fiction, horror, supernatural fiction and anything vaguely related to these genres? Not really.  However, the internet has shown its wonderful side, and has made me aware of just such a challenge.

R.eaders I.mibing P.eril is a reading challenge started by the blog Stainless Steel Droppings.  There are a few separate challenges involved, and I will be participating in Peril the Third. This requires you to read just one book that fulfills the genre requirements - anything that sends chills up your spine goes. The book I've chosen to read is Weaveworld by Clive Barker. I'm not really sure what to expect from it, but I'm excited to get started. What about you? Are you going to be reading along?

Thoughts On: The Chosen One

Over the past few weeks, I've been thinking a lot about the "Chosen One" narrative. You know the one; a prophecy says that so-and-so is going to this great thing. You probably don't have to think too hard to think of stories that use this narrative.

However, in spite of its popularity, we seem to have a turbulent relationship with this idea. On the one hand some of the most popular, critically acclaimed and commercially successful stories ever written have used this narrative.  Paradoxically, many critics have complained incessantly that the "Chosen One" is an over-used cliché, and roundly trash stories that use it. So, why is this?

It could be that this is a trend that's run its course.  It was fun, but we've moved on. This is probably partially true, but I think there's more to it then that, particularly as whether or not a work is criticized for using the "Chosen One" narrative isn't directly related to when it was first created.

Maybe the "Chosen One" narrative is always annoying, and some works are just good enough to make up for the fact that they use it. Again, this explanation doesn't seem to add up.  More often than not, the "Chosen One" narrative is central to the story, and it seems a bit strange that other, more minor elements could make up for the central premise.

The solution I propose is probably a bit anticlimactic for such a long set-up, but here it goes: the "Chosen One" is a very convenient narrative device for bad writers, because it can be used to quickly and easily cover up flaws in their work, such as plot holes or pacing issues. Instead of readers wondering why a kid is saving the world instead of a qualified adult, or why an ordinary person can defeat a seemingly omnipotent villain, you can just toss in a prophecy and problem solved. If your protagonist has to learn something, and you can't be bothered to make the descriptions of their training interesting or well-researched, you can just make them the Chosen One and dispense with most of it, because the Chosen One can learn things super-fast, because... Chosen One!

Now, I'm not saying that the "Chosen One" narrative can't be used effectively. There are many talented writers who use it to talk about issues like destiny, free will, responsibility and duty. The key is to really think about what it means to be the Chosen One, or live in a world where the Chosen One exists, and make sure that it adds something to the story as opposed to just being a get-out-of-jail-free card.

What about you? Do you love the "Chosen One" narrative? Hate it? What's your favorite example of the Chosen One narrative being used well/poorly?

Email ThisBlogThis!Share to TwitterShare to FacebookShare to Pinterest
Labels: chosen one, cliche, prophecy, Thoughts on

Book Review: How I Live Now by Meg Rosoff 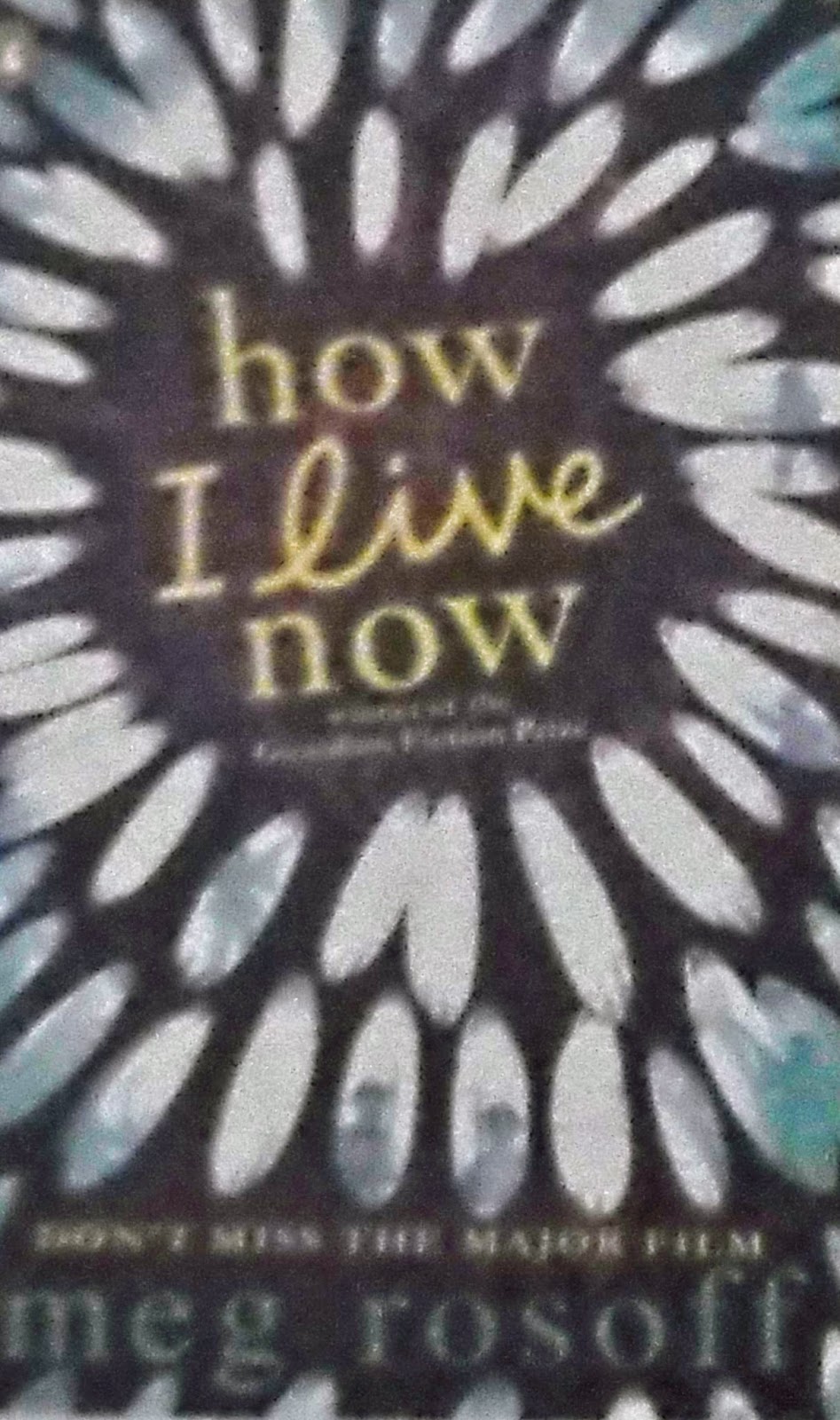 A few months back, I saw How I Live Now, and while there were certain aspects of the film that I enjoyed, it was also really confusing. I concluded that certain parts of the book had been edited out, so, I decided to read it. It turns out the book is better than the movie.

Both the book and the movie tell the story of Daisy, an American teenager who goes to live with relatives in England. There's a war brewing, and it isn't long before England is under occupation. The war changes everything on a macro level, and also serves as the catalyst for the growth of the characters.

I thought that the plot and the representation of war (both of them are closely interconnected) were handled well. The plot moved at a quick pace, but still left enough room for the characters to grow. The occupation was fairly well thought-out, but also managed to differentiate itself from many other depictions of war or life on the home front.

The style of writing, something akin to stream of consciousness, felt intuitive, and it was refreshing to see a writer exploring interesting narrative possibilities, especially in a book that was designed for a wide audience.  While I like more unusual or lyrical styles of narration, I can see how someone who doesn't might not like this.

The characters were well constructed, and even ones that were not central to the plot were still interesting and well-rounded.